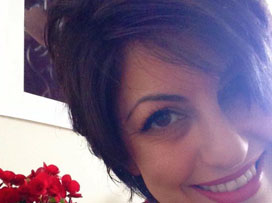 Sanaz Fotouhi is the director of the Asia Pacific Writers and Translators. Her first book, The Literature of the Iranian Diaspora: Meaning and Identity Since the Islamic Revolution, was published in 2015. Her stories and creative fiction are also reflective of her multicultural background. Her work has appeared in anthologies in Australia and Hong Kong, including in The Southerly, The Griffith Review as well as in the the Guardian and the Jakarta Post. Fotouhi is one of the founding members of the Persian Film Festival in Australia as well as the co-producer of the multi-award winning documentary film, Love Marriage in Kabul.