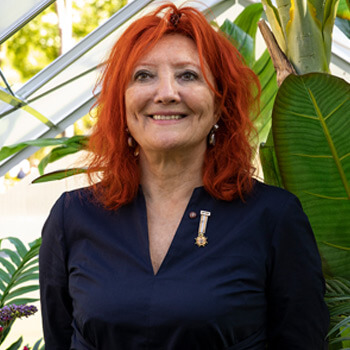 Maria Sheila Cremaschi is Director, Hay Festival, Segovia. She created the Café Mozart- emblematic theatre of the 80-90s in Buenos Aires. She has received several international distinctions, including Young Talents Distinction of the City of Buenos Aires, the Award for Media Impact of the International Press Club of Madrid in 2008. In 2013, she was appointed a member of the Order of the British Empire by Her Majesty the Queen Elizabeth II. In 2015, King Felipe VI awarded her the Cross of Isabel La Católica. In 2020, the Hay festival received the Princess of Asturias Award for Communication and Humanities.