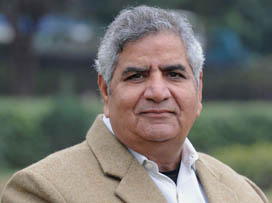 Pramod Kapoor, the founder and publisher of Roli Books , is a connoisseur of images. His award-winning books include the Then and Now series, the seminal Made for Maharajas, the internationally acclaimed Gandhi: An Illustrated Biography and New Delhi: The Making of a Capital. In 2016, he was conferred with France’s Chevalier de la Legion d’Honneur for his contribution towards producing books that have changed the landscape of Indian publishing. His most recent book in the Then and Now series is Calcutta Then Kolkata Now. He is currently working on his forthcoming book titled The Royal Indian Navy Mutiny in 1946.