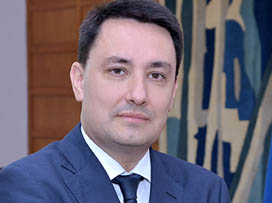 Alexandre Ziegler is a French diplomat. In 1997, he was appointed to the permanent post of Secretary at the Ministry of Foreign Affairs followed by a four-year stint at the Strategic, Security and Disarmament Affairs Division of the same ministry. He has served as Deputy Consul General in Hong Kong, First Secretary in Berlin and Counsellor for Culture and Cooperation in Beijing. In 2010, he was appointed as Head of Programmes and Network at the Globalisation, Development and Partnerships Division, Ministry of Foreign Affairs. From 2013 to 2016, he served as the Head of the Foreign Minister’s Political Office.