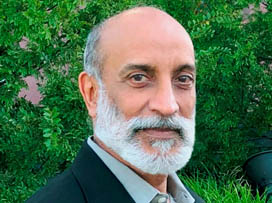 Aman Nath has co-written/authored 14 illustrated books on art, history, architecture, corporate biography and photography, two of which have won National Awards. These are also used as the official gifts of the President and the Prime Minister of India. His book Jaipur was the first Indian book chosen to be marketed internationally by Christie’s. Nath is involved in the restoration of India’s unlisted architectural ruins, now run as the 24 Neemrana ‘non-hotel’ hotels, which have won awards from UNESCO, the Indian travel trade industry and national awards. For his contribution to tourism, Nath has won the Lifetime Achievement Awards from Outlook Traveller and Conde Nast Traveller, India Hospitality Awards: Gallery of Legends and Anandpur Sahib Heritage Foundation. He has also been appointed Chevalier de l’Ordre national de la Legion d’Honneur by the President of France for his outstanding achievements in heritage conservation.