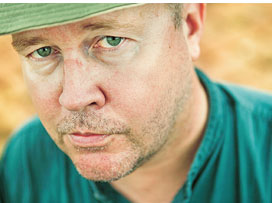 Zac O’Yeah is a Swedish detective novelist and author of the Majestic Trilogy, which is set in his Indian hometown Bengaluru. He has published 15 books including several fiction and nonfiction bestsellers. His Gandhi biography Mahatma! was ranked as the best nonfiction book in Sweden in 2008. His travel writings have appeared in magazines such as National Geographic Traveller, Outlook Traveller, RES and Vagabond, and also been included in many anthologies. All in all he has written for more than 75 different publications, including the Times of India, Indian Express, New Indian Express, Forbes, GQ, amongst others. His writings have been translated into German, French, Norwegian, Danish, Finnish, Russian, Chinese and Kannada. He is a founder-director of Bangalore’s World-Famous Semi-Deluxe Writing Programme, the first semi-professional writing school in India. His most recent books include the novel Tropical Detective and the travelogue A Walk Through Barygaza.