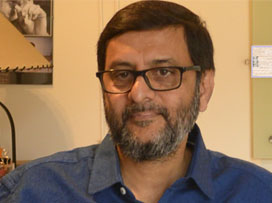 Vivek Shanbhag writes in Kannada. He has published eight works of fiction, two plays and has edited two anthologies, one of them in English. He published and edited the literary journal Desha Kaala for seven years. His novel Ghachar Ghochar was translated into English to critical acclaim worldwide. Shanbhag has co-translated U.R. Ananthamurthy’s book Hindutva or Hind Swaraj into English. He was a Honorary Fellow at the International Writing Program 2016 at the University of Iowa.