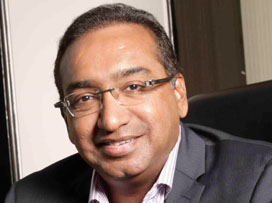 Sameer Nair’s career spans across three decades with him holding key positions at leading media houses. Highlights include the network revamp at Star TV and the launch of Amitabh Bachchan and ‘KBC’ and the Balaji soap operas on Star Plus. These catapulted the channel to the top  slot in the year 2000. He was also responsible for the revamp of Channel V and launch of Star Gold, Star Vijay, Star One and Star Utsav. In 2007, Nair turned entrepreneurial with NDTV Imagine Ltd. While the channel did not succeed, valuable lessons were learned. In 2010, he concluded the sale of NDTV Imagine to the Turner Group and became CEO of Turner General Entertainment Networks. Since August 2017, Nair has been at the helm of Applause Entertainment, a media, content and IP studio.