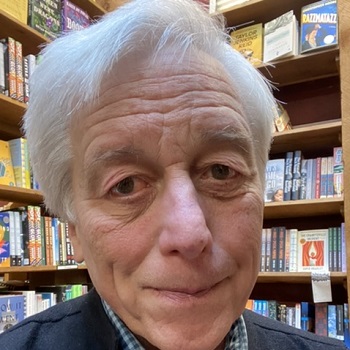 Rick Simonson has worked at Seattle’s Elliott Bay Book Company, an independent bookshop, since 1976. He is Senior Buyer and Founder of the bookstore’s internationally regarded author reading series. He’s served on numerous literary boards, including Copper Canyon Press and JLF’s Boulder Festival. He has been attending the Jaipur Literature Festival since 2010 and has been involved with Jaipur BookMark since its beginning.