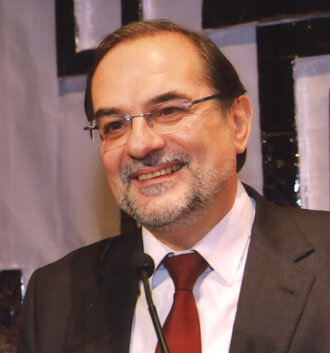 Oscar Pujol studied Sanskrit at the Banaras Hindu University. He has published several books and translations from the Sanskrit classics and the two Sanskrit dictionaries: the Sanskrit-Catalan and the Sanskrit-Spanish. In 2002, he helped in establishing Casa Asia in Barcelona. He founded in 2007 the Instituto Cervantes in New Delhi.