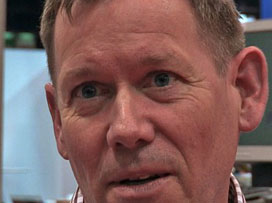 Oliver Møystad is Senior Adviser at NORLA (Norwegian Literature Abroad) working with the promotion of Norwegian literature and translation support. Before going to NORLA in 2009, he worked for many years in the publishing world as an editor and literary agent. He also translates and interprets from English, German and Spanish.