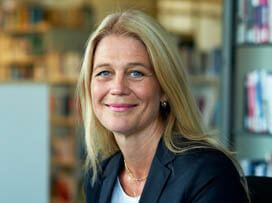 Margit Walsø has been the director of NORLA (Norwegian Literature Abroad) since 2011. NORLA is responsible for organising Norway as Guest of Honour at the Frankfurt Book Fair 2019. Walsø is also an experienced publisher and worked for the publishing house Det Norske Samlaget for 18 years. She is also an author and has written three novels, including most recently, The Parfumier.