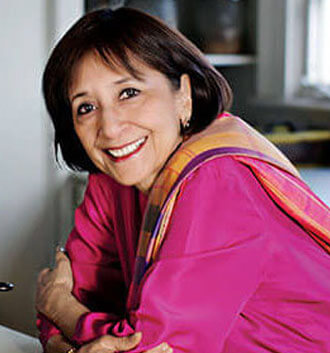 Madhur Jaffrey is the author of several cookbooks, seven of which have won James Beard Awards, and named the Who’s Who of Food and Beverage in America by the James Beard Foundation. She is the recipient of an honorary CBE and is also an award-winning actress, having won the Silver Bear for Best Actress at the Berlin Film Festival, with numerous films to her credit.