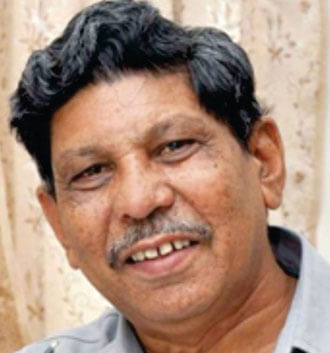 Madhav Kaushik is a Hindi-language poet and writer. A recipient of the 2006 Akhil Bhartiya Balraj Sahni Award, the 2010 MahaKavi Surdas Samman and the 2012 Shiromani Sahityakar Samman, he has 33 books of poetry and prose to his credit. Some of his work has been translated into Punjabi, Urdu, Sanskrit, Oriya and Assamese. He also serves as Chairman of the Chandigarh Sahitya Akademi and Vice President of the National Sahitya Akademi in New Delhi.