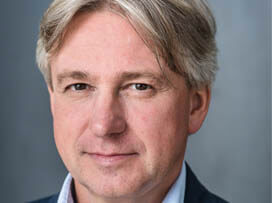 Juergen Boos trained as a publisher at Herder Verlag in the early 1980s. He became President and CEO of the Frankfurt Book Fair in 2005. He is also President of LITPROM (Society for the Promotion of African, Asian and Latin American Literature) and Managing Director of LitCam (Frankfurter Buchmesse Literacy Campaign). In 2013, he was awarded the Austrian Cross of Honor for Science and Art. Boos is also a recipient of France’s Chevalier des Arts et des Lettres. He is a member of the Scientific Committee of Sheikh Zayed Book Award and the German Book Prize Academy.