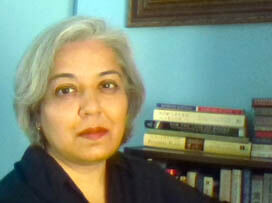 Jenny Bhatt is a writer, literary translator and literary critic. She is a Contributing Editor (Books) at PopMatters. Her literary translation of Dhumketu‚Äôs short stories will be out in 2019. Her writing has appeared in or is forthcoming in various respectable journals, including The Atlantic, BBC Culture, Literary Hub, Longreads, The Millions, Scroll.in, and others. Her own fiction has been nominated for Pushcart Prizes and the 2017 Best American Short Stories. She was a finalist for the 2017 Best of the Net Anthology.