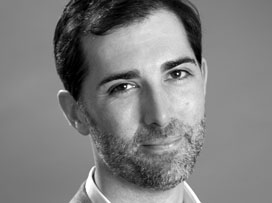 Daryl Shute joined Magic Light in 2006 and heads up brand management, marketing and merchandising, as well as being an associate producer on Magic Light productions such as the Oscar-nominated The Gruffalo. After graduating from The Welsh College of Music and Drama, he worked as an actor across film, theatre and television. Deciding to shift focus behind the camera, he went on to work in both development and production, including a period at the UK Film Council’s Development Fund.