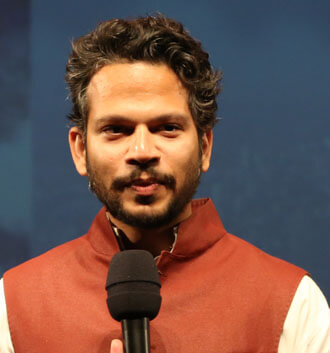 Chandrahas Choudhury is the author of three works of fiction: Days of My China Dragon. Clouds and Arzee the Dwarf. He is also the editor of a short introduction to the pleasures of Indian fiction: India: A Traveller's Literary Companion. Also an essayist and literary critic, he writes for the Wall Street Journal, Mint Lounge, and Conde Nast Traveller. He was a fellow at the International Writing Program at the University of Iowa in 2010, of Akademie Schloss Solitude in Stuttgart in 2016 and of Instituto Sacatar in Brazil in 2017. Last year his novel Arzee the Dwarf was published in Odia by his mother Sindhubala Choudhury as Bamana Arzee.