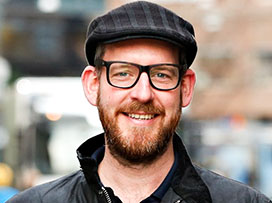 Benjamin Dix began his career as a professional photographer, working in South Asia, and has subsequently worked as a Communications Manager for the United Nations and various international NGOs across Asia and Africa for 12 years. After working for the UN through the civil war in Sri Lanka, Dr. Dix founded PositiveNegatives to produce literary comics that explore complex social and human rights issues, including conflict, migration and asylum. Each comic has reached over 2 million viewers around the world of all ages and many have been translated into multiple languages reaching diverse international stakeholders.