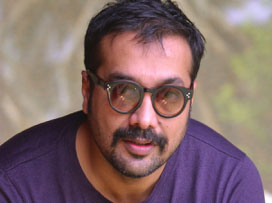 Anurag Kashyap is a multi-talented filmmaker who has been credited as a director, producer, writer and also as an actor in over 40 films. Three of his recent films have premiered at Cannes and his epic two-part film Gangs of Wasseypur is hugely popular. He has also served on the jury of Sundance, Venice, CPH Pix and Marrakech film festivals. He was awarded the Knight of the Order of Arts and Letter by the French government in 2013.