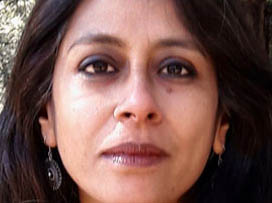 Anuradha Roy is the author of An Atlas of Impossible Longing, The Folded Earth and Sleeping on Jupiter, which won the DSC Prize for Fiction 2016 and was longlisted for the Man Booker Prize 2015. Her latest novel, All the Lives We Never Lived, was published worldwide in 2018 and has won the Tata Book of the Year Award. It has also been nominated for the DSC Prize, the JCB Prize and the Hindu Literary Award. Roy won the Economist Crossword Prize for The Folded Earth, which was also longlisted for the Man Asia Prize. Her first novel, An Atlas of Impossible Longing, was picked as one of the Best Books of the Year by the Washington Post, Huffington Post and Seattle Times. Her books have been translated into over 15 languages. She works as a designer at Permanent Black, an independent press she runs with Rukun Advani.