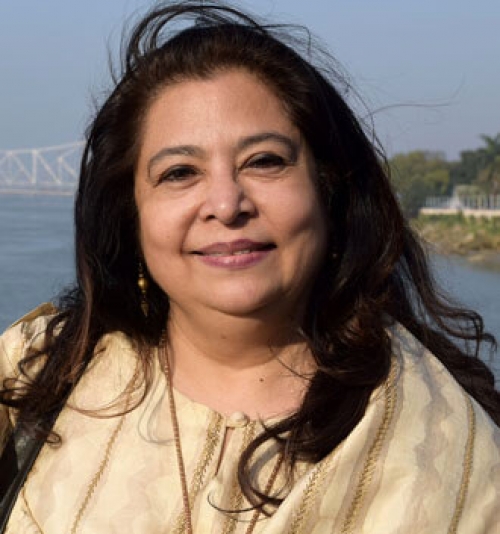 Anjum Katyal is a writer, editor, translator and critic. She is the author of several bookson theatre and performance such as Habib Tanvir: Towards an Inclusive Theatre and Badal Sircar: Towards a Theatre of Conscience. She has been Chief Editor at Seagull Books as well as Editor of Seagull Theatre Quarterly Calcutta. She has translated the works of Habib Tanvir, Usha Ganguli, Mahasweta Devi and Meera Mukherjee. She is currently Curator of the NEW Festival, Santiniketan and Director of the Apeejay Kolkata Literary Festival.